Join Philip on this energetic and lively social dance break with a full dance programme and plenty of tuition. With such a variety of tuition available, feel free to dip in and out at your leisure.

Please note: This break is NOT suitable for complete beginners.

FULL PROGRAMME TO BE CONFIRMED 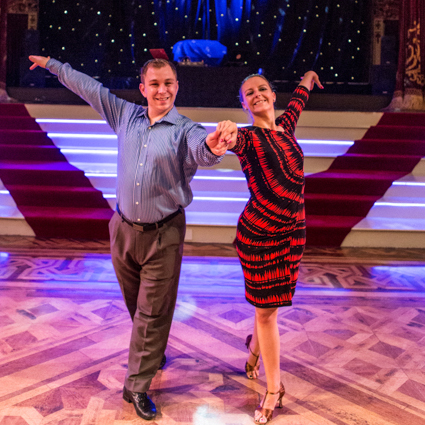 Philip has over 25 years of dance experience having also competed internationally. After competing in the UK and around the world on the open competitive circuit for 12 uninterrupted years he decided to turn his passion to teaching. He teamed up with his partner Kathryn to form Hurstdance.co.uk and P&K Hurst Dance Studios and, since then, have never looked back.

Philip and his wife have worked with many Strictly stars and appeared on Strictly - It Takes Two. Philip is also an experienced adjudicator, lecturer and choreographer.