In the footsteps of Agatha Christie…from your Torquay Hotel

Torquay is well-known as the birth place of Agatha Christie and there are still many notable landmarks in and around the Bay that have strong connections to the renowned crime novelist.

Agatha Mary Clarissa Miller was born in Torquay on 15 September 1890. She was known for her English crime novels and short stories. Her fictional detectives Hercule Poirot and Miss Marple featured in some of the 66 detective novels and 14 short story collections written during her lifetime. She returned to Torquay and the surrounding area many times during her lifetime.

Ashfield, Torquay – Agatha Christie’s childhood home was a large Victorian mansion where she spent a happy childhood with her parents and her elder siblings. Her autobiography describes their youthful escapades and the residing memories that the author has of this special place. She remained there until she married, and returned for the birth of her daughter Rosalind. The property was demolished in the 1960s to make way for a modern apartment block. A Blue Plaque on Barton Road, Torquay, marks the spot of Ashfield.

Torquay Town Hall – Situated at the top of the main shopping part of the town, Torquay Town Hall has many roles over the years. The main building was built as a library in 1906, it is adjoined to Municipal offices, opened in August 1913, the foundation stone having been laid two years before. During the First World War Agatha Christie trained and worked as a nurse in the temporary soldiers’ hospital housed at Torquay Town Hall which had 50 beds. The first convoy of wounded arrived on 21 October 1914. Later that year, Queen Mary made a visit to the hospital.

Moorlands Hotel, Dartmoor – Situated on the edge of Plymouth in the village of Wotter overlooking Dartmoor, it was at the Moorland Hotel where she completed the writing of her first novel.

The Pavilion, Torquay – Situated on Torquay seafront, The Pavilion opened in 1912 and apart from the foyer and auditorium, it had lounges and a cafe, all of which were panelled with oak. A municipal orchestra was founded and many famous conductors and singers performed here. It was after attending a Wagner concert here that Archie Christie proposed to the young Agatha.

Burgh Island, near Bigbury – Burgh Island is a small tidal island on the coast of South Devon. It is closely linked to Agatha Christie as it served as the inspirational setting for Soldier Island (And Then There Were None) and for the setting of the Hercule Poirot mystery Evil Under the Sun.

Ugbrooke House, Chudleigh – Set in beautiful scenery and quiet parkland in the heart of Devon, the original house and church was built in c1200. ‘Capability’ Brown landscaped the park with lakes, majestic trees and scenic views to Dartmoor. It was during a concert here that Agatha met Archie during a concert.

Greenway House, Kingswear – Agatha Christie admired the white house on the banks of the Dart long before she bought it. She called Greenway ‘the loveliest place in the world’ and treasured it as a holiday home for her and her family. She and her second husband, Max Mallowan had their time at Greenway interrupted by the Second World War, when the house was requisitioned and used first to house child evacuees, and then from 1944 to 1945 by the U.S. Coast Guard. 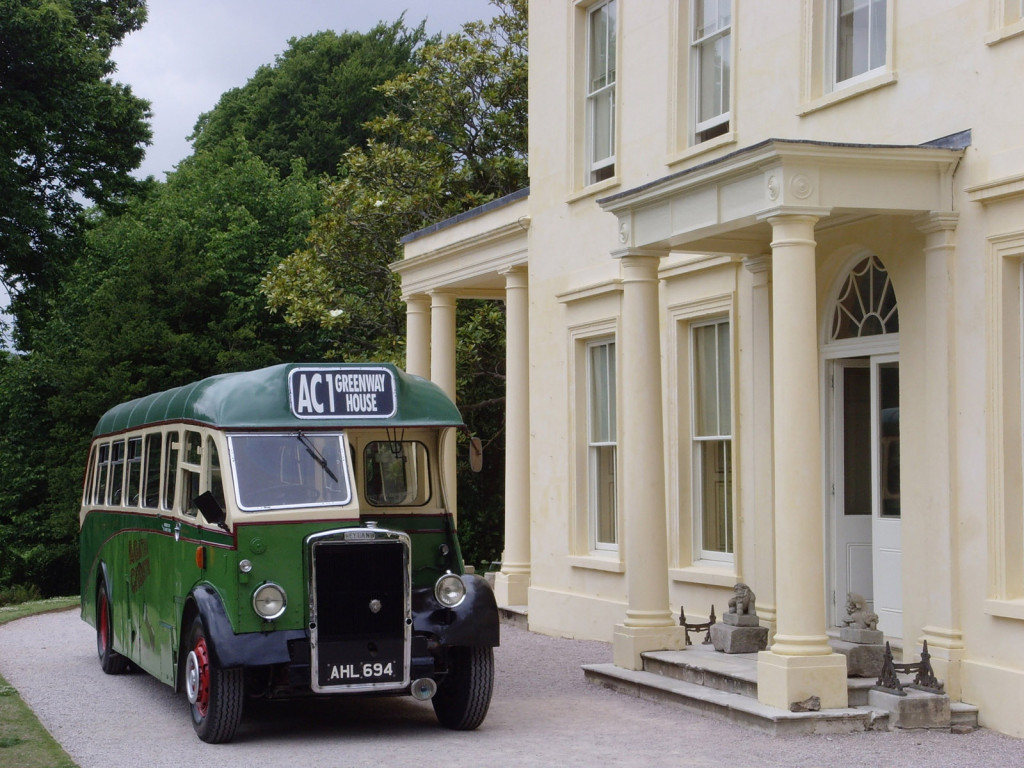 Princess Pier, Torquay – The pier, built in 1890, is the perfect place to stop and gaze out to sea, or to enjoy watching the constant comings and goings in the adjacent marina. It was a favourite spot of Agatha’s for roller-skating!

Beacon Cove, Torquay – Beacon Cove is a perfect haven away from the main beach of Torquay. There is a small promenade above a tiny shingle beach and its sheltered position makes it a warm sunny spot even out of season. At the turn of the century this beach was known as the Ladies Bathing Cove. It was a favourite bathing spot for the writer and was here where Agatha got into difficulty whilst swimming and almost drowned.

The Agatha Christie Mile takes you to some of the places that were inspirational in her life and works and includes seven unique plaques to find along way. You will find many of the buildings mentioned above along the mile. A free Agatha Christie Literary Trail leaflet can be picked up at the English Riviera Visitor Information Centre (Torquay). 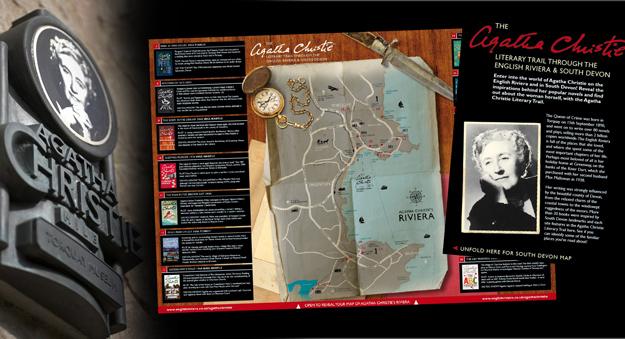 Held every other year in Torquay, this cultural festival celebrates everything about Agatha. From exhibitions, to readings, to music and shows; if you have a passion for Agatha Christie, then this has to be on your calendar. The next International Agatha Christie Festival will take place from  11 to 18 September 2021.

Whether here for the festival, or simply to enjoy your own exploration of Agatha’s Christie’s life, TLH Leisure Resort makes a great base.