Our Reservations Team answer lots of calls from people who want to book their much-deserved holidays here with us at TLH. Every so often, however, we receive a call that takes an unexpected direction.

We recently received a call regarding our knowledge of Piero Cavagnetto and his time as cocktail creator at the TLH Victoria Hotel in the 1960s. Our interest pequid; we started some of our own research on the man who created the ‘Golden Torquay’ cocktail in our very own hotel.

With such an unusual name, it didn’t take us long to find this interesting article all about Piero and his connections with our hotel and cocktail making. 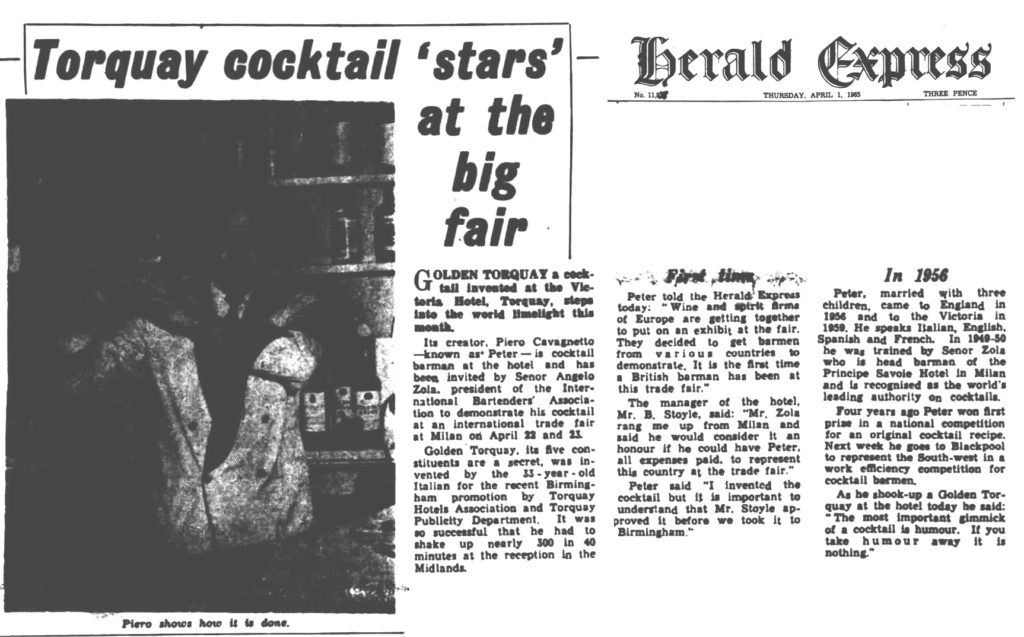 The article in the Herald Express, dated Thursday 1 April 1965, reads:

GOLDEN TORQUAY a cocktail invented at the Victoria Hotel Torquay, steps into the limelight this month.

Its creator, Piero Cavagnetto – known as Peter – is cocktail barman at the hotel and has been invited by Senor Angelo Zola, president of the International Bartenders’ Association to demonstrate his cocktail at an international trade fair at Milan on April 22 and 23.

Golden Torquay, its five constituents are a secret, was invented by the 33-year-old Italian for the recent Birmingham promotion by Torquay Hotels Association and Torquay Publicity Department. It was so successful that he had to shake up nearly 300 in 40 minutes at the reception in the Midlands.

Peter told the Herald Express today “Wine and spirit firms of Europe are getting together to put on an exhibit at the fair. They decided to get barmen from various countries to demonstrate. It is the first time a British barman has been at this trade fair.”

The manager of the hotel, Mr B. Stoyle, said “Mr. Zola rang me up from Milan and said he would consider it an honour if he could have Peter, all expenses paid, to represent this country at the trade fair.” Peter said “I invented the cocktail but it is important to understand that Mr. Stoyle approved it before we took it to Birmingham.”

Peter, married with three children, came to England in 1956 and to the Victoria in 1959. He speaks Italian, English, Spanish and French. In 1949-50 he was trained by Senor Zola who is head barman of the Principe Savole Hotel in Milan and is recognised as the world’s leading authority on cocktails.

Four years ago Peter won first prize in a national competition for an original cocktail recipe. Next week he goes to Blackpool to represent the South-west in a work efficiency competition for cocktail barmen.

As he shook-up a Golden Torquay at the hotel today he said: The most important gimmick of a cocktail is humour. If you take humour away it is nothing.”

We also managed to contact his eldest son, Carlo, who gave us some background on his family’s link to Torquay.

Carlo told us: “My parents got married in 1956 in the Channel Islands (my mother was from Guernsey) and they moved to Torquay in 1957. Dad knew someone in Torquay, Tony Macari, whom I know he was good friends with as I was growing up, and that maybe why he went to Torquay.” Locals in Torquay of a certain age will remember Macari’s on the harbour! 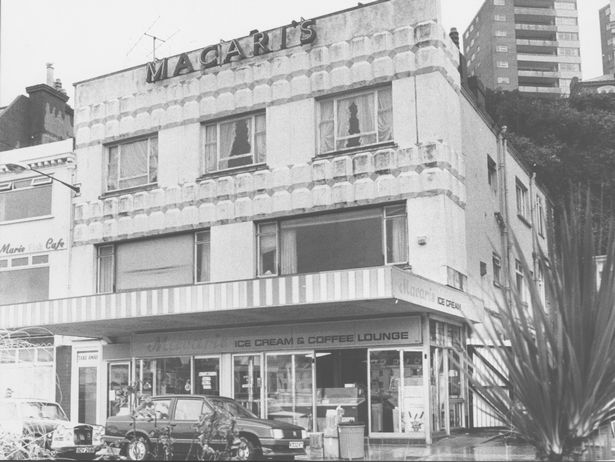 He added “I believe that he initially worked at the Imperial Hotel and then moved on to the Victoria Hotel. In 1966, we left Torquay and moved to Leamington Spa where he ran an Ansell’s brewery place turning it into one of the first “Pubs” which had a cocktail bar and then a steakhouse. We then moved to Guernsey where he bought a cafe on the west coast called “The Cherry Tree”. It was upgraded to restaurant in 1972 and was renamed Casa Cavagnetto, where he entertained among others, The Prince of Wales.” 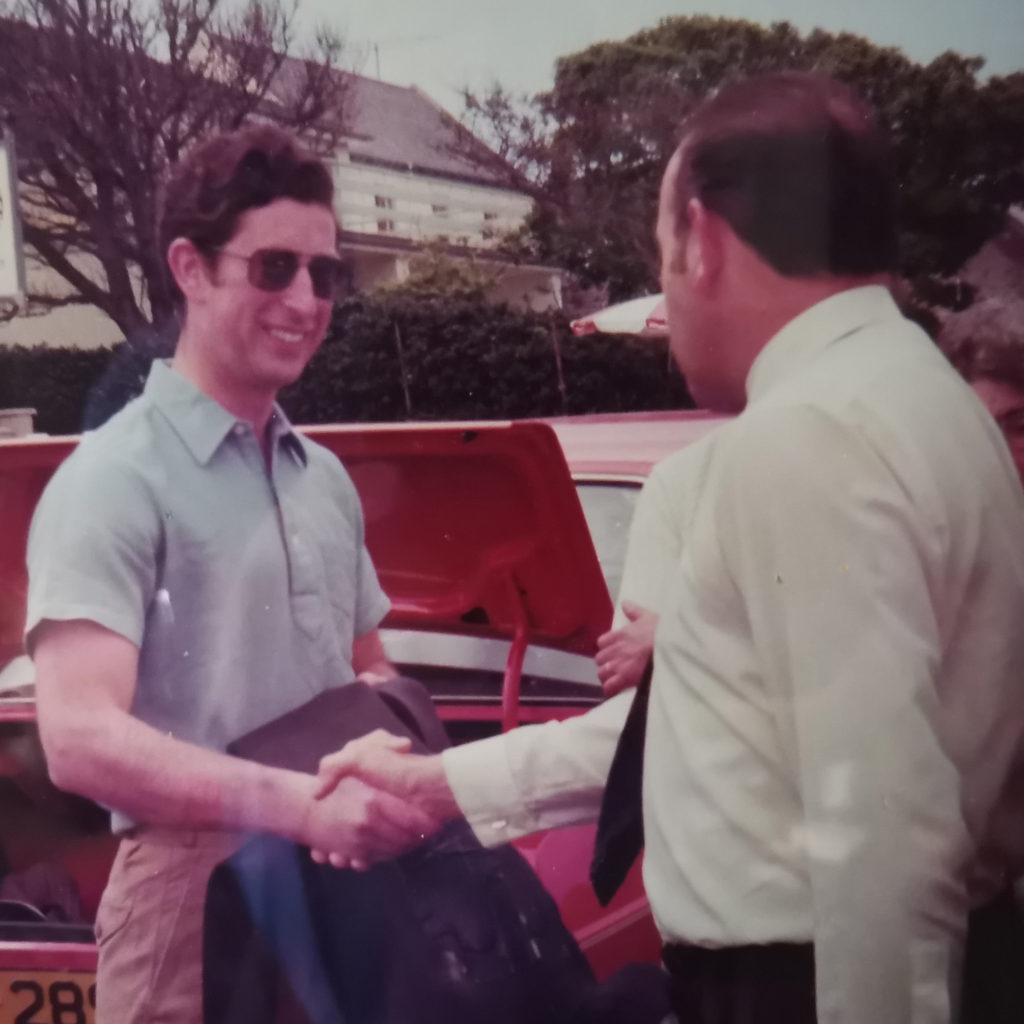 “In 1966 my father went to Dublin for a UKBG cocktail competition and won first prize and the team prize. I believe that he and his team were from the Victoria Hotel at the time.” The family still has his trophy.

The family still have some of the recipes for more cocktails created at the TLH Victoria Hotel. We would love you to try and make them and tell us what you think!