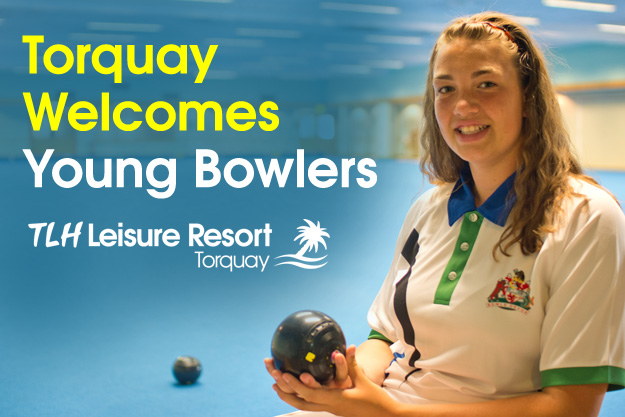 There may be a school of thought that considers lawn bowls is just for seniors, but this is definitely not the case in Torquay.

Although the sport may not appeal to adrenalin junkies, don’t underestimate the fact that it is highly competitive requiring a great deal of skill at the top level, whilst at lower levels it is social and all inclusive with anyone from the age of 9 to 90 being able to take part and have a go.

Torquay is already proud to be the home ground for several Commonwealth Games medal winners including Sam and Sophie Tolchard and Natalie Chestney. Alongside these stars we are delighted to report that we are also seeing an influx of even more new, young bowlers getting involved in the sport locally.

Trudie Crouch, our own Bowling Sales Executive here at TLH Leisure Resort, was herself initially introduced to the sport by her daughter, Ella, is fanatical about bowling.

Ella says: “I started bowling in 2014, at 13y old.  I was attending St Cuthbert Mayne School and because I was very sporty I was asked if she wanted to give bowls a try and play in the schools league.  I enjoyed playing and my team won the league.  As a result I decided to join the bowls club that were mentoring her school team, which is Torquay Bowls Club.  At the time I was the only player under 18 and I have been very lucky to have great support from the club and they have encouraged me to push myself.  As a result I am now a proud member of the Devon Amy Rose squad and the Johns Team, playing alongside Natalie Chestney and Sophie Tolchard.” 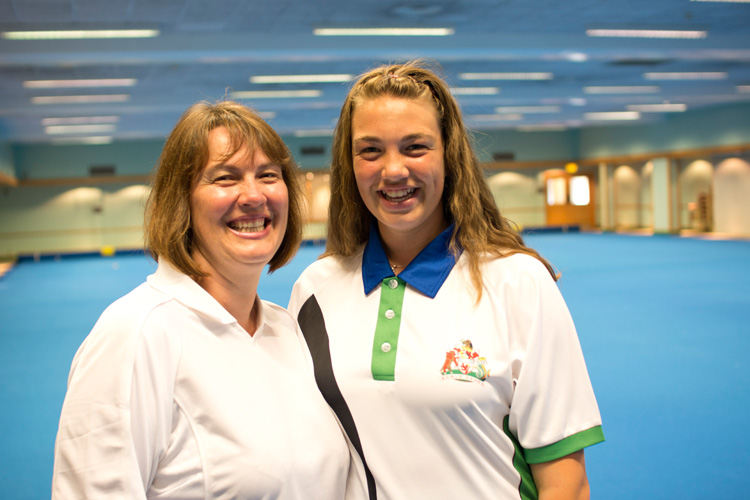 Ella’s enthusiasm started when her school, St Cuthbert Mayne, became one of 6 local schools involved in the Torbay Schools Bowling League, mentored and coached by local clubs. Under the wing of Torquay Bowling Club, she was lucky enough to be a member of the winning team, beating the Torquay Boys Grammar.

Having got the bug, she was encouraged to join the club as a full time member, closely followed by the rest of her family. In fact visiting bowlers to TLH Leisure Resort may well have met Trudie and Ella as they have competed in a number of friendly matches against touring sides.

In a short space of time Ella has already been invited to enter some County competitions, one of which was the Under 25 Singles where she came up against Sophie Tolchard in the second round where she scored a creditable 6 shots against Sophie’s 21.

And who knows how far Ella can progress – this could definitely be a name for us to watch out for in the future. Hopefully other areas will follow Torquay’s example by encouraging young bowlers into the sport. If you hear of any stories like Ella’s get in touch.

Another young player is Natalie Heath.  Twelve years ago Natalie opened the Salon “Heath Hair” located in the TLH Derwent Hotel. She was 20 years old and started bowling in 2012, when she joined Marldon as her parents had joined. She enjoys being outside and says bowling allows her to escape the pressures of work. She says her greatest achievement so far was qualifying for the National Championships in Leamington in the fours with Beryl, Liz and Rose the first year she joined Torquay.